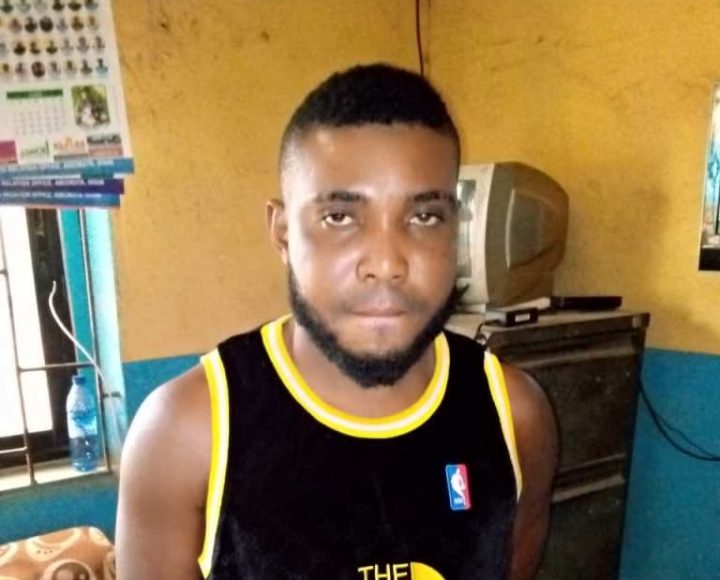 36-year-old Kingsley Essien, has been arrested for allegedly trafficking his and then selling his two-year-old son.

According to Ogun state police, his wife Bright Essien had been trafficked to Maki for prostitution at the rate of ₦1.4million under the guise of going to start a new job.

Her husband had told her that he had helped her secure a job in Bamako, Mali and she believed him because he had been doing it for others.

She got to discover that her husband had sold her to a human trafficking cartel headed by a woman, after she arrived there. Bright Essien was forced into prostitution.

According to the Ogun State police spokesman, Abimbola Oyeyemi, the woman found her way to the Nigerian embassy where she was able to secure her freedom and her way back to Nigeria.

Upon her arrival she couldn’t find her son and when her husband was unable to take her to their two year old, she made a report to the police.

The led to the arrest of the suspect who upon interrogation by the ogun state police, confessed that he had sold the two year old to someone for six hundred thousand naira.

The Ogun State Commissioner of Police, Lanre Bankole, has directed that the man be moved to the Anti-human Trafficking and Child Labour Unit of the state CIID for investigation, directing police officers to trace and arrest the buyer of the stolen so as to recovered.