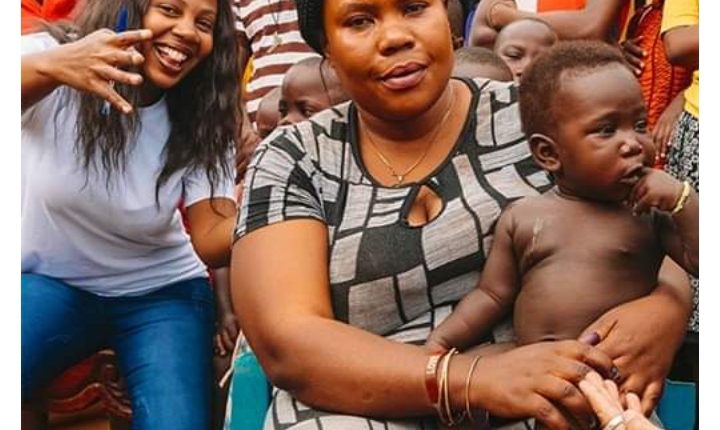 A 40-year old Ugandan woman has been abandoned by her husband who she birthed 44 children for.

The woman who is popularly called mama Uganda was married off by her parents at age 12 and she started giving birth at age 13.

Between age 13 and 40, mama Uganda managed to birth 44 children without any special medical procedure. She currently has 38 children, 22 boys and 16 girls, to fend for as 6 of them are dead.

Reactions As Man Reveals The Strange Reason His Girlfriend…

Mama Uganda gave birth to a single child once and then had twins 4 times, triplets 5 times and quadruplets 5 times. She revealed that her doctors said she was very fertile and family planning had not worked on her.

The father of the children didn’t only abandon them but also took off with their money leaving her and her children with little to manage.

A kind Arabian man provided the bunk beds her children sleep on and she has been able to enroll her children into school as well.