Ramsey apologises to Ronaldo over his rubbery, in the Champions League. 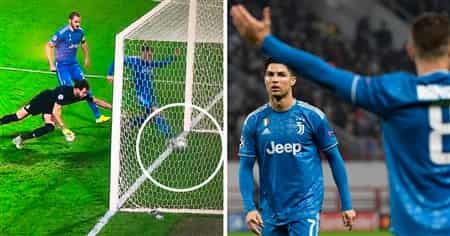 Cristiano Ronaldo was left fuming after Aaron Ramsey rob him of a goal, which was millimeters away from landing him three (3) Global records.

The Portuguese hero would have became the only man to ever score against 34 teams in the Champions League against Locomotive Moscow, had it been a selfish Ramsey didn’t rush his nerves off, to touch the ball which was just an inch away from crossing the goal line.


The Juventus star was seen clearly frustrated with this selfish behavior from his team mate, though the Portuguese skipper celebrated the goal, you can still see him clearly looking Aaron Ramsey a disdained eye, the Portuguese recently celebrated Aaron Ramsey’s first goal for Juventus prior to his former behavior, but it looks like Ramsey just killed the friendship even before it started, as a superstar like Ronaldo will not take it easy for such act.


Ronaldo was angry with a former team-mate for not giving him a well deserved pass, but that won’t be compared to a robbery, sure it was already in, and even a damned one eye, would have seen that nothing will stop the ball from rolling in, it was sure a bad day for Cristiano. 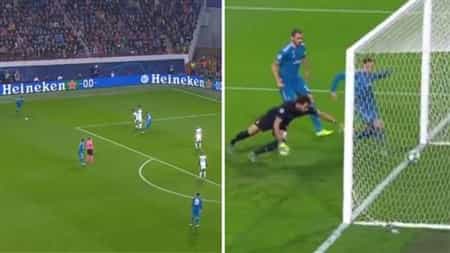 Aaron Ramsey, has given his apologies to Ronaldo for the incident, we are now waiting for a letter from Cristiano Ronaldo.

Ramsey explained: “I thought the keeper was a lot closer to me and had a chance of diving back and maybe clearing it.

“My instinct took over to make sure that it went over the line.

The Welshman sheepishly ran over to celebrate with his team-mates after his first goal in Europe’s elite club competition since March 2015, in a 2-0 away win for Arsenal at Monaco.

But, predictably, Ronaldo did not look impressed.

Must Read: Andreas Pereira: Why Cristiano Ronaldo is My Hero [Full Transcript]

This was truly a great robbery Ramsay!