After 20 Years Of Training To Become A Priest, Man Gets Married, Says He’s Enjoying His New life 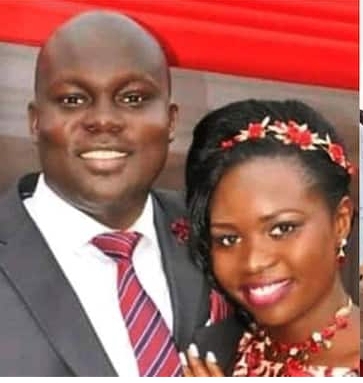 Two and a half years into marriage, Jude Thaddeus Jasu who’d been training to be a Catholic priest for 20 years has confirmed that he’s enjoying his new life.

Jude was thrown back into the world after years of being in the seminary undergoing training for reasons not known. He had to abandon all that he had been learning for years and it was a struggle leaving the world he was accustomed to.

He had to go through a lot of counselling from both his family and members of Mill Hill Missionaries. He was told God’s ways are not our ways and He is the one who has a purpose for everything.

The missionary was kind enough to sponsor his BSC and now he’s currently a lecturer of psychology at Asmara College of education in Eritrea. Jude said it took him about three years to get used to doing things outside the priesthood.

When Jude was ready to get married, he realized he didn’t know how to approach ladies. In 2015, when he travelled back to Uganda for the holidays and was invited for a visit by a friend who wanted him to meet his sister.