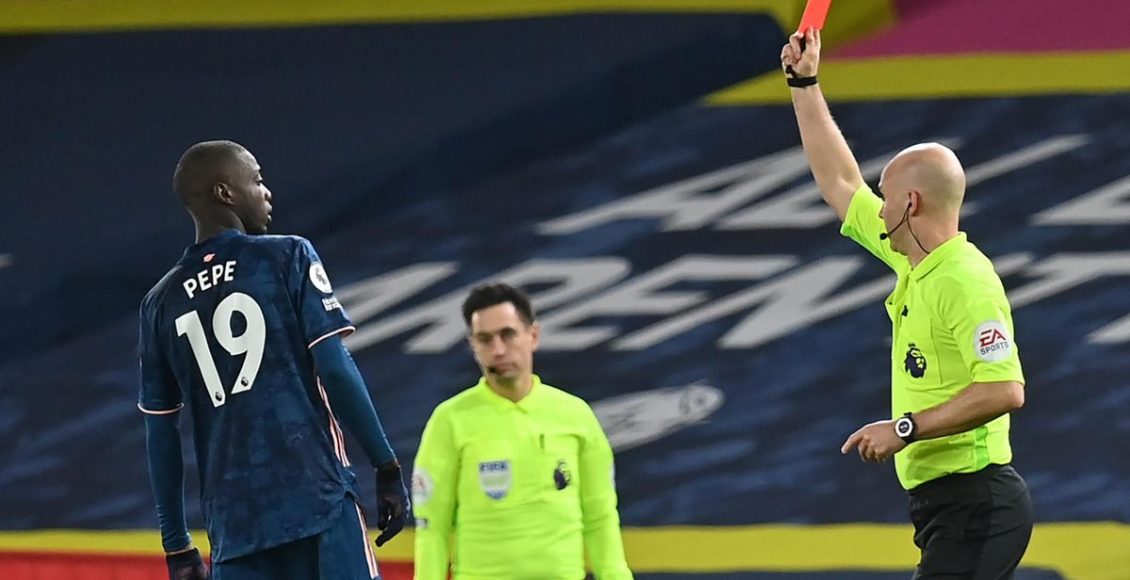 Both Arsenal and Leeds have recently condemned the abusive words that have been hurled at Nicolas Pepe and Ezgjan Alioski following Sunday’s Premier League fixture between the clubs.

In the 52nd minute of the game, Pepe was penalised with a red card for headbutting Alioski in the face, after the pair had a bit of an exchange some minutes earlier.

However, it was Alioski’s behaviour after the red card, that seemed to offend other Arsenal players and Kieran Tierney went as far as approaching him after the match and had to be pulled off by his teammates.

Following this bit of drama on the pitch, football fans have taken to social media to bully and abuse bothPepe and Alioski, forcing both clubs to come out and release co-ordinated statements, in which they said they would be partnering with the police to investigate and prosecute those involved in the act.

According to Arsenals statement, they said “We utterly condemn the vile abuse directed at Nicolas Pepe and Ezgjan Alioski on social media, this is completely unacceptable.”