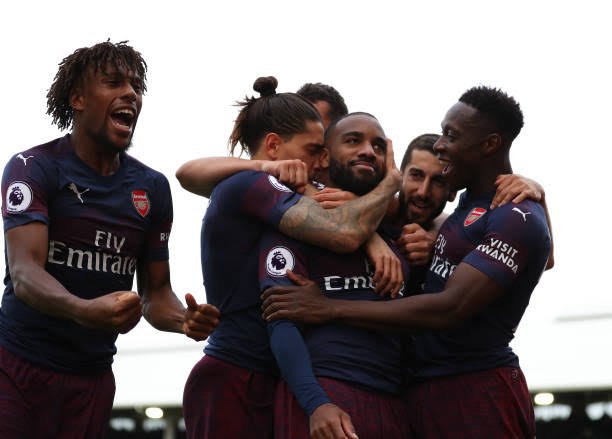 The gunners have continued their winning ways, as they open up the new Premier League season in style after defeating Fulham 3-0.

Alexandre Lacazette opened the tally as he tapped home a goal in the ninth minute of the game, followed by an headed goal from new Arsenal signee Magalhaes and Aubameyang curled home a third goal to wrap things up nicely.

Arsenal boss Arteta has also been justified for his summer transfer deals, as Willian played a part in all three goals and Gabriel Magalhaes also scored on his debut appearance for Arsenal.

The gunners are now top of the Epl table, and hopefully would be able to end the season at a better position this season after finishing 8th last season.