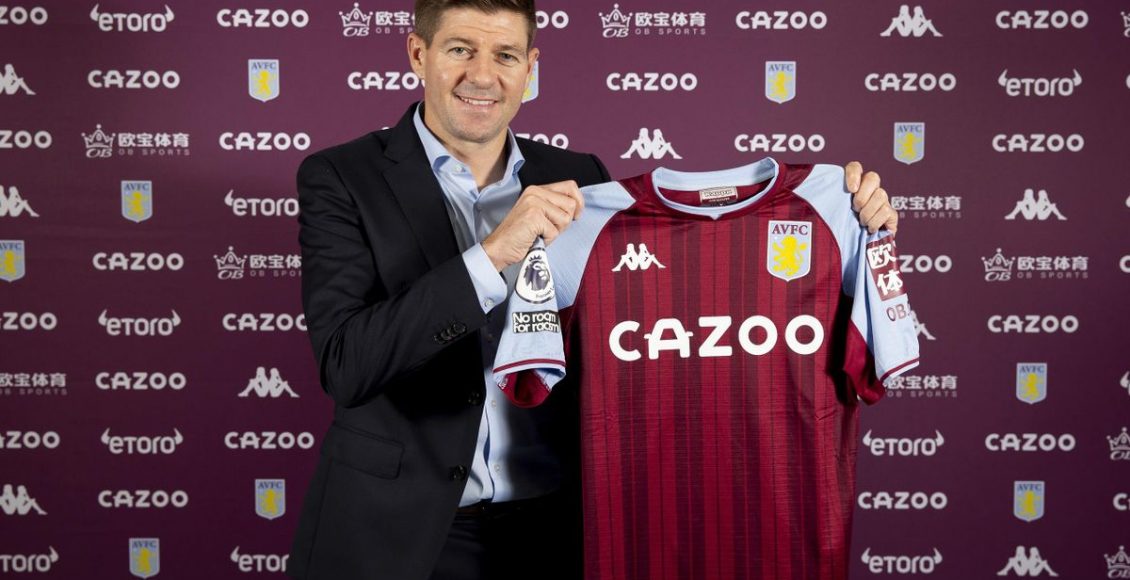 English football club Aston villa, have appointed former Liverpool captain Steven Gerrard as their manager for the next 3 and a half years.

Gerrard, 41, would now leave his post as Rangers’ manager after 3 years and a league title to manage Villa in the top-flight English league.

Villa, who are currently 16th in the Premier League, sacked their former manager Dean Smith on Sunday and would be hoping Gerrard can help them to a much higher spot in the league.

Speaking in an interview after being announced as villa’s new boss, Gerrard said “Aston Villa is a club with a rich history and tradition in English football and I am immensely proud to become its new head coach.

“In my conversations with [co-owners] Nassef [Sawiris], Wes [Edens] and the rest of the board, it was apparent how ambitious their plans are for the club and I am looking forward to helping them achieve their aims.”

Gerrard has a good track record as a manager and a wonderful record as a player. He made 710 appearances for Liverpool, won 9 trophies and then spent a season at MLS side LA Galaxy in 2015 before retiring in 2016.

He is also England’s fourth-most capped player with 114 international appearances.

“Look In The Mirror” Says Bruno Fernandes To Teammates After…

Nigerian Woman Reveals All She Has Achieved Since She…

Moved By His Kindness Lady Raises N38M For Fuel…

Ex-wife Of man Who Abandoned Her For 47 Years Claims…