“Barcelona Are The Best Club In The World” Says Aguero As He Agrees To A 2 Year Contract With Barça. 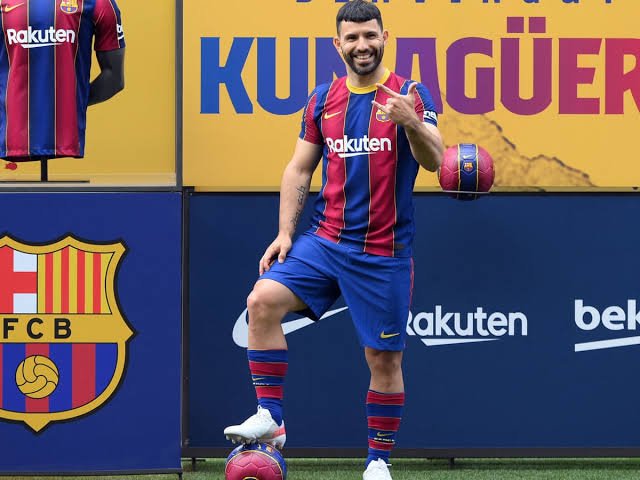 The 32 year old striker leaves City after a decade at the club, during which he became their highest goal scorer of all-time with a total of 260 goals in 390 games.

Unfortunately for Aguero, his final appearance in City’s jersey was during the 1-0 loss to Chelsea which saw City miss yet another opportunity to lift the biggest Trophy in Europe.

Speaking in an interview after the transfer was agreed, Aguero said “We all know that Barcelona are the best club in the world, I think I made a great decision to be here and of course it is a step forward in my career. I am really happy and hopefully I can help the team to win things.”

Aguero, who won a total of 15 major trophies within 10 years at Manchester, will join his country man and close friend Lionel Messi at Camp Nou, as Barça tried to improve on a third-place finish in La Liga..

While Aguero might be past his oeak, Barça would be hoping the striker who would have a £100M buyout clause would be able to help them achieve some success in the next 2 seasons.