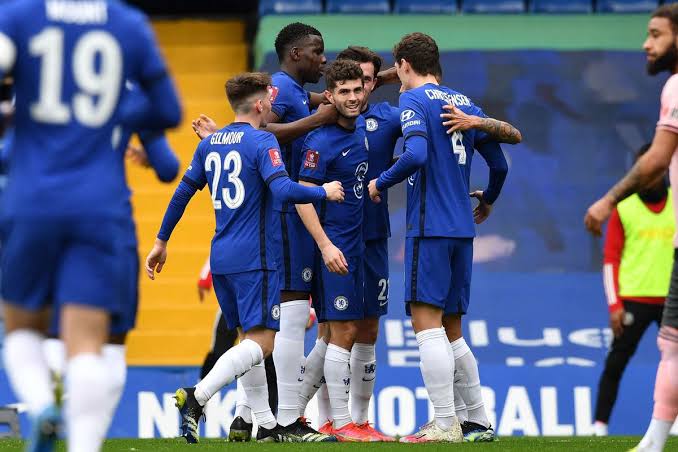 Chelsea claimed the lead after Ben Chilwell’s low cross was steered into Sheffield’s net by their own man Oliver Norwood. The blues then doubled their lead when Hakim Ziyech scored their second goal with a low strike that secured a place for them in the semi-final, for the fourth time in five FA Cup campaigns.

Chelsea’s Christian Pulisic made two attempts at goal that were prevented by Sheffield’s goalkeeper Aaron Ramsdale, and David McGoldrick squandered a fine chance to bring his team level, as his close-range diving header from John Lundstram’s right-wing cross went wide.

Chelsea are now scheduled to face their Premier League rival Manchester City-who are currently on a run to be the first English team to secure a quadruple victory-in the semifinals on April 17-18.