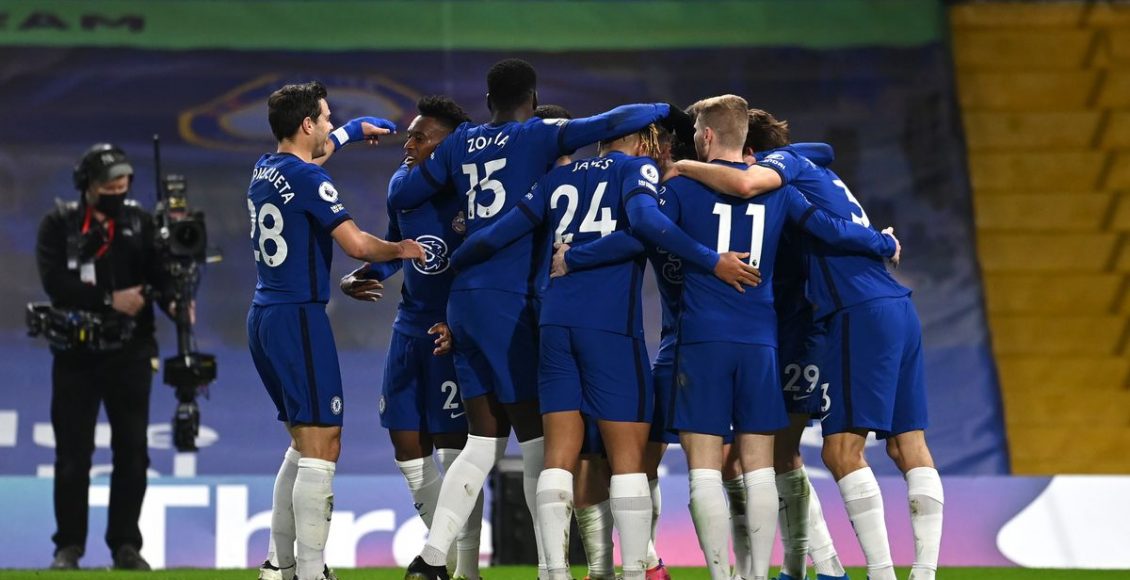 Chelsea has further strengthened their chances of a top four finish at the end of this Premier league season, as they defeated Everton 2-0 in their premier league clash tonight.

The blues who hosted Everton at Stamford Bridge, claimed the lead when Kai Havertz’s deflected shot found the back of Everton’s net. They then  doubled their lead in the second half when Jorginho scored from the penalty spot.

The blues might have scored 3 goals total, but English goalkeeper Jordan Pickford, made an excellent save to keep Marcos Alonso’s attempt from scoring. Kai Havertz also had another goal in the match, but it was disallowed as he had handled the ball before making his finishing.

This victory over Everton continues Chelsea’s unbeaten run under Thomas Tuchel, and places them 4 points ahead of Everton, who are currently fifth on the league table.

With just 10 more games left for them in the league, Chelsea is now 4 points behind 3rd placed Leicester, and they would be hoping to overtake them to further secure their top four hopes.

Don’t miss out! Know when next we publish