Cristiano Ronaldo Have Business Plans That Will Throw Shades At World Billionaires. [See His Plan] 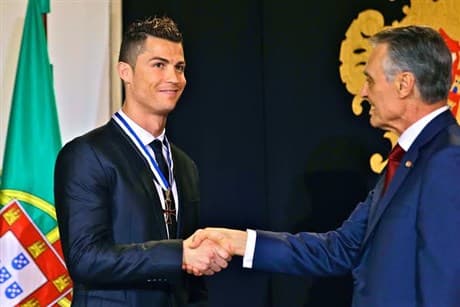 The Portuguese has revealed his interest in business and even assured everyone that he will be the No. 1 sooner which means beating down the likes of Bill Gate, Jeff Bezos and much more entrepreneur gurus.

Cristiano Ronaldo is still not done with his lucrative career, the Juventus talisman pocket about £27.5 million a year in Turin and has a lot more sponsorship deals including a 1 billion life contract deal with Sportswear giant company, Nike.


He has a net worth of £370 million and is never going to go broke as he now become a big investor, the talismanic striker is slowly becoming the biggest Sport money generator, he recently opened a new Clinic in Spain collaborating with Insparya as well as opening his own CR7 brand with a lot of products in the market already.


Ronaldo admits those ventures, alongside his own new imaginings, could take priority in the next few years, depending on how things pan out in his football career.


He told SportBible “I still love football. I love to entertain the fans and the people who love Cristiano Ronaldo.

“It doesn’t matter the age, it’s all about mentality.

“The last five years I start to enjoy this process of seeing me outside of football, so who knows what will happen in the next year or two?


“Everyone has pressure. It’s how you deal with pressure that matters.

“You have to trust in yourself. In football, I have more control. I know what I can do.

“In business, it’s more difficult, you depend on other people, but I have a good team. It will be a challenge.


He continued, “It has taken many years of hard work, dedication and passion to achieve what I have in football.

“Outside of football I’m not there yet, but I’m a competitive guy and I don’t like to be the number two or three.

Did you want to appreciate your Hero?
Share this to more people that care)