DJ Cuppy Finally Reacts To The Ongoing Protest Against SARS Brutality, Begs Fans To Forgive Her For Her Silence 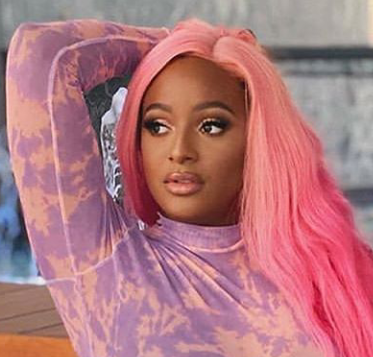 Nigerian disc jockey, Florence Otedola, professionally known as DJ Cuppy has come out to apologise on her silence concerning the protest against the brutality of the Special Anti-Robbery Squad, SARS.

She pointed out that though she isn’t directly affected by SARS, her fans are affected so it’s enough reason for her to care.

#EndSARS: See What Bobrisky Posted That Made Protesters…

“Stop Distracting us with your Tweets”- Fans…

Nigerian disc Jockey DJ Cuppy Fires at A troll For…

On her official Twitter page she wrote ” Going against the advice of those around me, but it doesn’t feel right. Silence can say so much. My fellow Nigerians, forgive me for taking so long to comment….”

In another tweet she wrote “I would be lying if I said I’m DIRECTLY affected by SARS but a lot of my Cupcakes are and that’s enough for me to care. I stand behind the movement to Endpolicebrutality And EndSARS”.

Join over 5000 contacts in our newsletter.
Dj CuppyENDSARS
0 19
Share FacebookTwitterReddItWhatsAppPinterestEmailTelegram

Hours After He Pleaded With ASUU To End Strike, Actor Odunlade Adekola Offers To…

EndSARS: It’s A Protest Not A Concert, Stop Loosing…

EndSARS: I Support The Youths In This Peaceful Protest As…