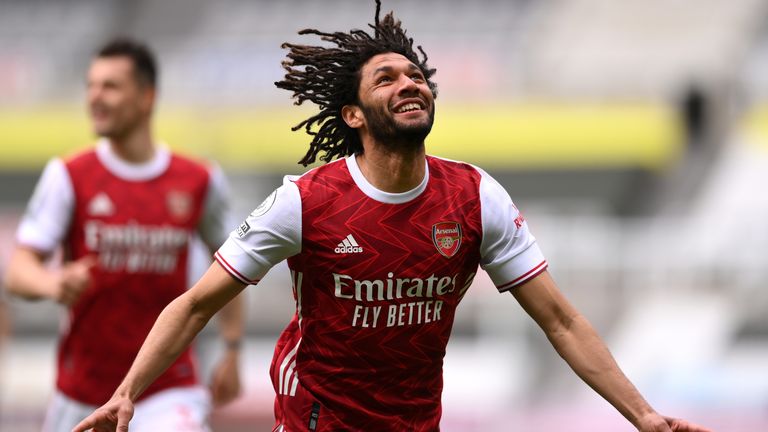 Mohamed Elneny opened the goal tally when he fired the ball into the lower left side of Newcastle’s goal post just 5 minutes after kick, then Aubameyang – who featured for the gunners for the first time since  April 3rd- doubled their lead with a karate like, mid air kick which found the back of the net.

This win over Newcastle would no doubt boost the confidence of Arteta’s side, as they move up to 9th place on the EPL table while preparing to face Villareal -who currently has a 1 goal lead- for the 2nd leg of the Europa League Semi final.

Newcastle on the other hand suffered a double edged loss, as Fabian Schar was issued a straight red card today, after a late and totally reckless challenge against Gabriel Martinelli. Their loss to the gunners mean they are 9 points above the relegation zone, with just 4 games left to the end of the season.

Thierry Henry And Other Arsenal Legends Back Daniel Ek’s Interest In Arsenal Takeover.