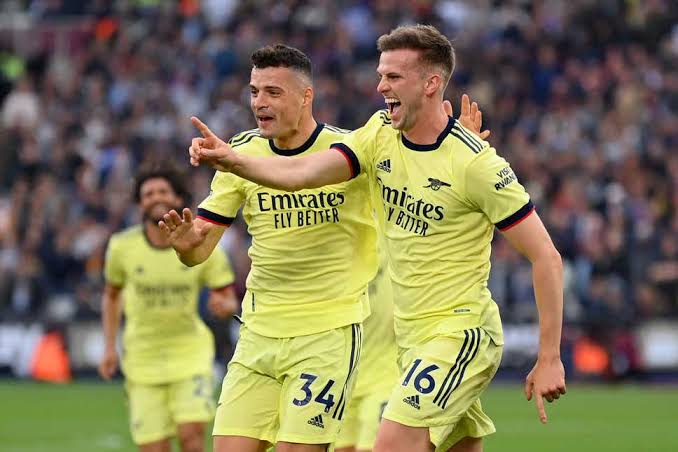 Arsenal has returned to 4th place on the EPL table, as they threw West Ham’s western hospitality back in their face with a 2-1 victory.

As the last-minute scramble for a Champions League spot continues, Mikel Arteta and his young squad have reasons to be hopeful as they secured a tough victory at London Stadium.

Arsenal’s defenders secured the win for the gunners, as Rob Holding and Gabriel Magalhaes scored against West Ham.

However, Arteta wasn’t too impressed with his team’s display, and he said, “We didn’t play so well.”

According to him, “If I have to use a word, it would be we won ugly. Big teams have to find a way to win ugly when they don’t play well.”

“We found a way through set pieces and defending strongly. To win here at West Ham is credit to boys and shows the spirit we have.”

On the other hand, West Ham’s boss David Moyes says Arsenal punished them for their line-up decisions.

Speaking in a post-match interview, David Moyes said, ” I thought we had done well enough; we conceded a couple of set pieces which we are normally very good at, both attacking and defending.

Speaking further, Moyes said, “We also made a few changes which left out some of the bigger players who might have been involved in those situations. We knew that was a risk, and we got punished for it.”

West Ham just before halftime when Bowen controlled Coufal’s cross and sent the ball into the lower corner of the goal post.

With their loss to the Gunners, West Ham remains seventh on the table and is still three points behind Manchester United.