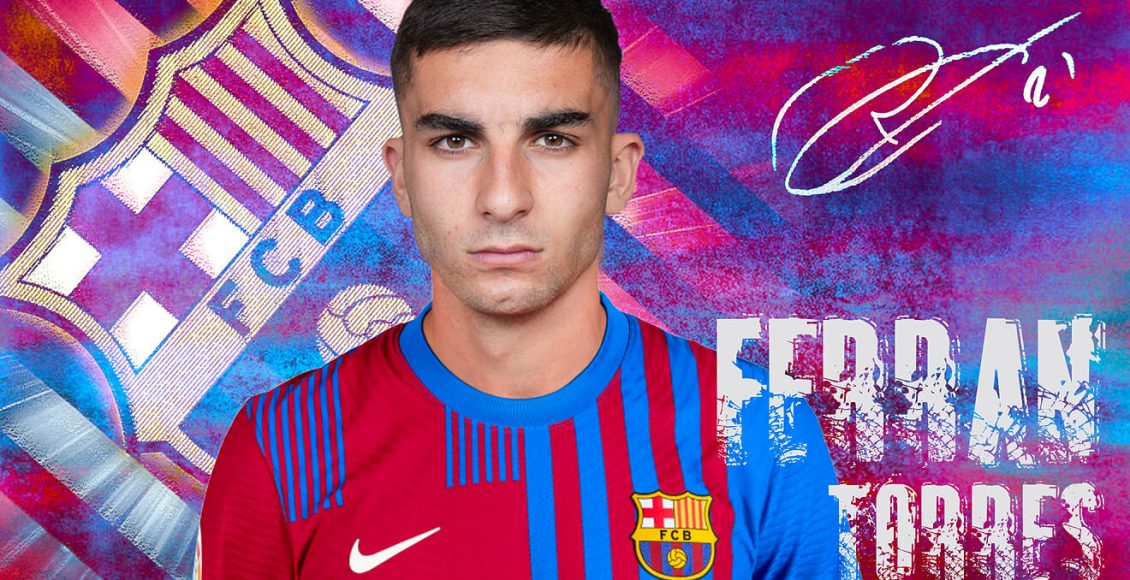 The deal keeps Torres at Barca until June 2027, with a billion Euros(£842m) set as his buyout clause.

Barcelona will pay £8.4m in add-ons and must trade off some players to meet up with La Liga’s financial rules.

At City, Ferran Torres played 43 matches and scored 16 goals for within 18 months after Joining from Valencia.

However, the youngster has not featured in any match since he suffered a foot injury on international duty.

Fortunately, Barca says Torres is “recovering well” but gave no timeframe about when he might make his debut appearance.

With Silva, Grealish, Mahrez, Sterling, Jesus and Foden on their bench, City feel they have strong forward players.

Barcelona however are short on forward players after their financial issues forced them to part with Argentine superstar Messi, and Griezmann rejoined Atletico Madrid over the summer.