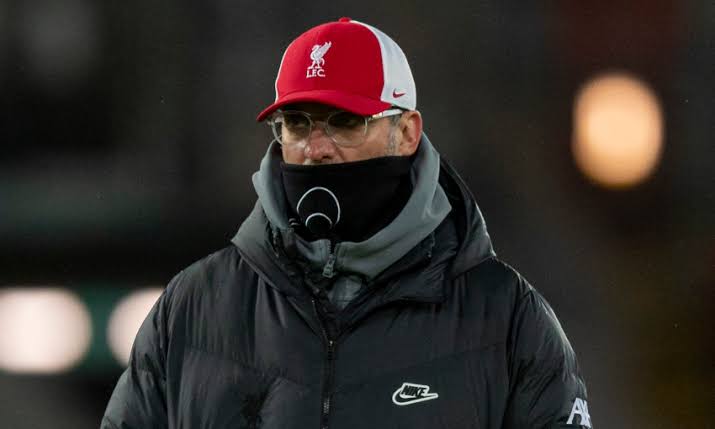 Liverpool’s manager Jurgen Klopp, has been forced to miss his mother’s funeral which took place on Tuesday, due to the Covid-19 travel restrictions in Germany.

Germany, in an attempt to curb the further spread of Covid-19 within its territory, placed a ban on travelers coming in from countries that have the new variants of the virus.

This ban is what prevented Klopp from being able to attend his mothers funeral, as the UK is one of the banned countries. In a show of support, Liverpool made a post on its verified twitter account saying “You’ll never walk alone, Jurgen.”

Klopp in an interview with German newspaper Schwarzwälder Bote, said “She was a real mum in the best sense of the word, the fact that I can’t be at the funeral is due to the terrible times, but as soon as the circumstances allow, we will hold a wonderful commemoration that is appropriate to it.”

Other clubs from the Premier League and beyond like Arsenal, Manchester United, Tottenham, Atletico Madrid and Barcelona, also sent messages of support to the Liverpool boss.