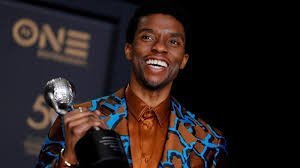 Boseman’s publicist Nicki Fioravante, told The Associated Press news Agency, that the 43 year old actor died with his wife and family by his side at his home in Los Angeles.

The actors family in a statement, said Boseman was diagnosed with Colon Cancer in 2016, and all of the actors popular movies such as Black Panther, Civil War, Da 5 bloods, 21 bridges were filmed during and between countless surgeries and chemotherapy.

Tributes have been pouring in from fans, colleagues and MCU Co-stars such as Mark Ruffalo who tweeted: “Brother, you were one of the all time greats and your greatness was only beginning.

Join over 5000 contacts in our newsletter.
Entertainment
0 32
Share FacebookTwitterReddItWhatsAppPinterestEmailTelegram