I would Do It Again: Woman Offers To Be Her Daughter’s Surrogate, Gives Birth To Her Grandson 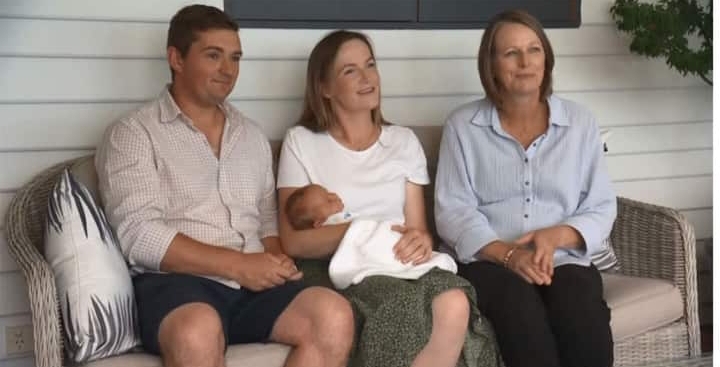 A woman offered to be her daughter’s surrogate mother and gave birth to her grandson, Thursday 13th January.

Maree Arnold, age 54, offered to be the surrogate mother for her 28-year-old daughter Meagan White and gave birth to her daughter’s son on the 13th of January.

Meagan White was born with a condition known as MRKH (Mayer-Rokitansky-Küster-Hauser) syndrome, a rare disorder affecting one in 5,000 women. This means she was born without a uterus and so couldn’t have a baby.

To other people, choosing to be her daughter’s surrogate must have seemed like a tough decision, Maree said it was something she easily accepted to do.

Seeing her daughter and son-in-law struggle to have a baby made the decision easier for her and so she agreed to it. Before she got pregnant she’d had three vitro fertilisation attempts which failed. It worked on the fourth.

And so she carried her daughter’s baby and helped her become a mother. Meagan praised her mother for doing something so amazing for her and she’s really grateful to her.

Maree also mentioned that she wouldn’t mind doing it again.