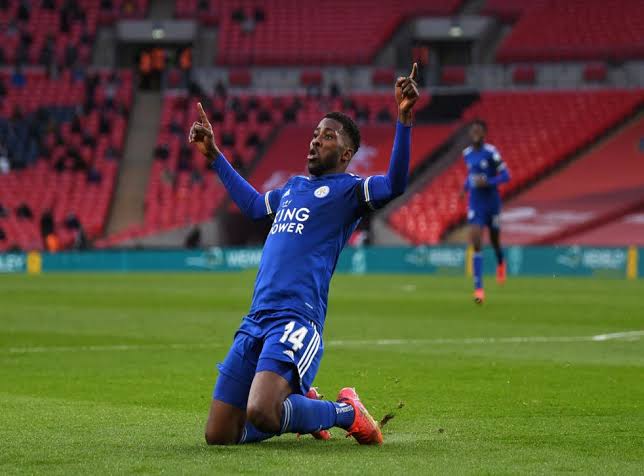 Leicester City can now see a light at the end of the Champions League tunnel, as their victory over Crystal Palace today, sends them closer to a qualification place.

Crystal Palace drew first blood 12 minutes into the game when Wilfried Zaha scored a goal with a successful first-time finish after receiving a through pass from teammate Eberechi Eze.

The hosts however refused to give up easily and five minutes into the second half, they equalized with a goal from Timothy Castagne, which was assisted by Kelechi Iheanacho.

As the game went on, Palace nearly took the lead again when they were presented with a very clear chance, but they were thwarted by a solid sliding tackle from Benteket.

Leicester on the other hand failed to make such a mistake, as they claimed the lead when Kelechi Iheanacho struck a powerful left footed shot that rendered Palace’s keeper Guaita invalid as the ball sailed into his net.

This Victory over Crystal Palace moves Leicester City up to 3rd position on the Premier League table, with a total of 7 points between them and 5th placed West Ham.