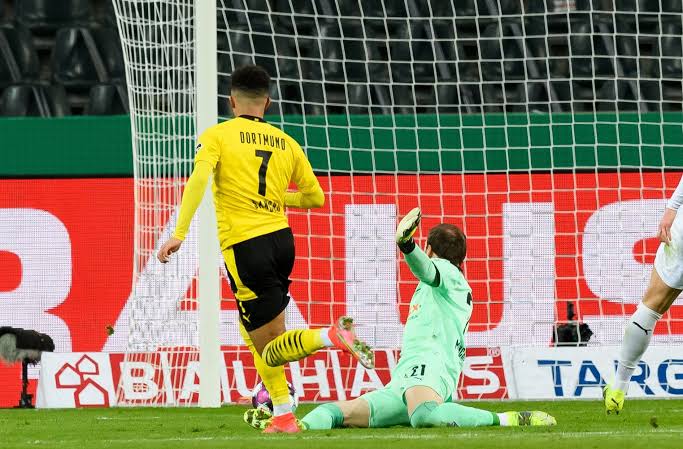 The English man finished off a quick counter attack on Moenchengladbach a few moments after the 60th minute, and placed Dortmund ahead in the match.

Following their Victory, Dortmund now marches onto the Semi-final stage of the German Cup, while Moenchengladbach, who have suffered 4 consecutive defeats, have been knocked out of the cup race.