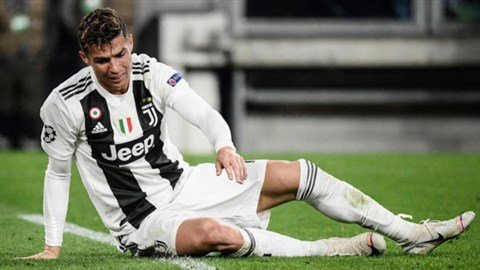 Juventus club director, Fabio Paratici is confident of keeping Ronaldo and he insists he is still the best

In a recent interview with Sky Sports, Fabio Paratici who is the current Juventus director revealed that the club is not ready to let their star player, Cristiano Ronaldo move away.

Cristiano Ronaldo is not having his best time at the Old Lady, despite the striker netting 23 league goals in just 23 matches the club is far from competing for the league this season.

The Bianconeri’s 1-0 loss to Benevento on Sunday keeps the defending champions far away from leaders Inter Milan, who has accumulated 65 points in the 27 matches played so far, keeping Juventus 10 points behind.

After their last defeat, news breaks out about Cristiano Ronaldo’s desire to leave the club, the Five (5) times Ballon d’Or winner was reported of returning to Manchester United or Real Madrid next summer transfer.

But the club director reported that the club is not ready to sell their talisman, the chief insisted that Cristiano is still the best in the world and the club won’t take any chance of losing their forward.

He told Sky Sports: “We’ve decided to keep Cristiano Ronaldo. He’s the best player in the world and he’ll stay with us“

Ronaldo has already netted 34 times this season including an impressive 23 in his last 23 matches, he added 4 in 6 Champions League matches, 2 in the Coppa Italia, and 1 in the Supercopa Italiana.

But even with this impressive form, his team has been knocked out of the Champions League RO16 and is now hopeless of retaining the Serie a glory.

Cristiano Ronaldo’s current contract expires in 2022 and before then, the club might be able to keep their talisman even if he want a move out in the summer transfer window.