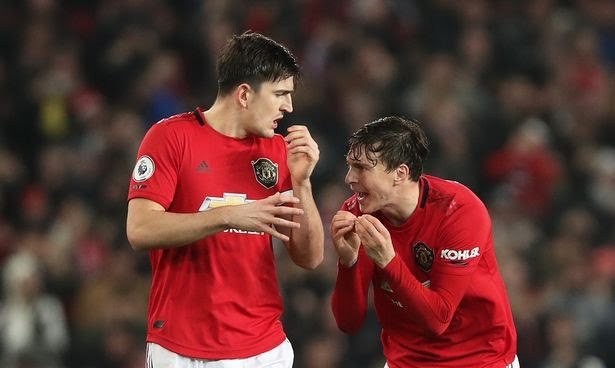 Manchester United defensive pair, Victor Lindelof and Harry Maguire are having some unknown grudges as Lindolof finally speaks out.

Swedish defender, Victor Lindelof met the then Liecester City defender, Harry Maguire, in a knockout round of the World cup, and the three lions were the better team as Maguire head home the winner to punish Victor Lindelof side.

When asked about the incident, the red’s defender responded that he still didn’t forgive Harry for punishing his side that night.


The swedish responded, ‘‘I’m still a bit mad at him [Maguire] for that,” admitted Lindelof. “But I thought he was a great player back then and it’s great to have him on my team.”

Maguire remembers the match more fondly than Lindelof for obvious reasons, but the England international also had some positive things to say about his United team-mate.

Maguire told Inside United: “To score the first goal was brilliant. A lot of big games nowadays are decided by set-play goals and it was a tight game that day.

“We managed to get the first one and it’s a great memory for me.


SPONSORED: Interested in Sports Betting? Get Football Tips and Sure Odds!

“But I knew before I came here how good a player Vic was. I’ve watched him playing for United in the last couple of years and he’s grown and grown.

“I’ve seen that again this season and he’s going to be a great player for the future, as well as now.”

Get More From this Artiste;

Fans Drag Davido For Not Wishing his Baby Mama, Chioma, A Happy Birthday