Liverpool Too Close For City’s Comfort After Win Against Arsenal. 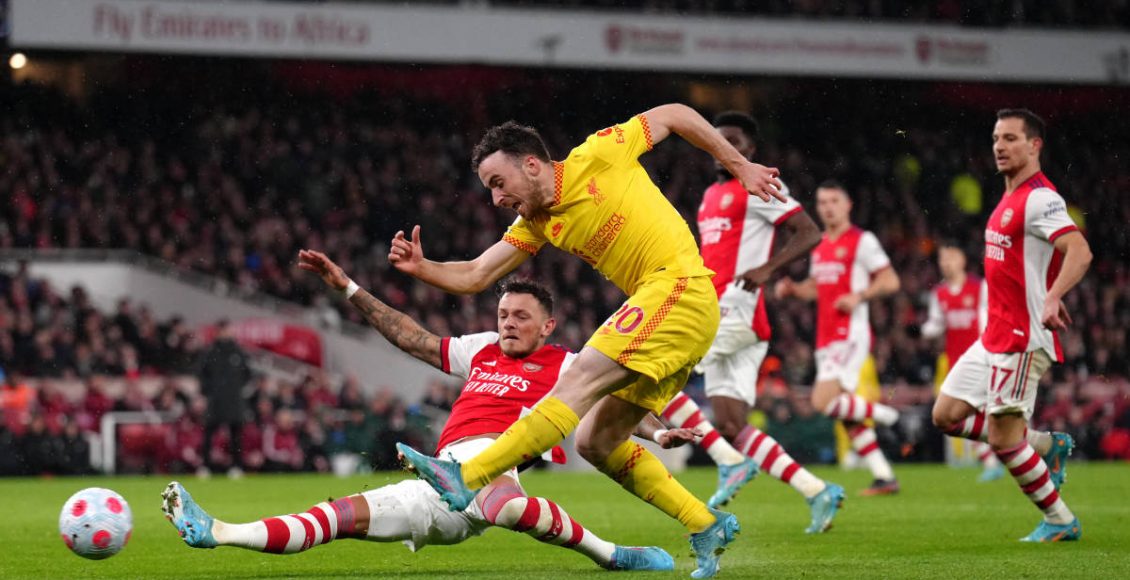 Liverpool is making good on their threat to ‘annoy’ Manchester City, as they are now one Premier League point away from the league leaders after defeating Arsenal.

Liverpool defeated Arsenal 2-0 at the Emirates after a tough contest that forced the reds to dig deep for the victory.

After a goalless first half, Diogo Jota gave Liverpool the lead in the 54th minute.

Roberto Firmino then doubled the lead to give the reds a comfortable lead later in the match, when he sent in Robertson’s cross with a fine back flick.

With their victory over the gunners, Liverpool now has nine straight premier league wins in the bag and are just one point away from Manchester City.