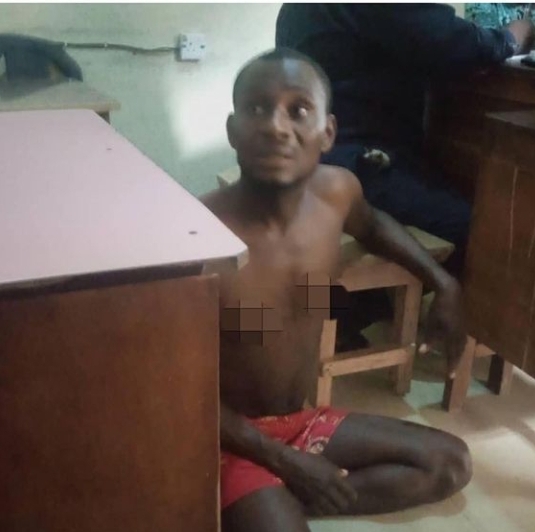 A 37-year-old man has been arrested for allegedly abducting, raping and impregnating a 14-year-old girl five times.

The young girl identified as Enobong Udotai had gone to the child’s right and rehabilitation network (CRARN) to complain about her situation and this led to the arrest of her abductor identified as Honest Okon Ufokiko.

Enobong, an orphan at a government home, accused Honest of luring her via the internet by claiming to be her biological father.

He’d abducted her in 2019 when she was preparing to write her Senior Secondary Certificate Exams Of The West African Examination Council (WAEC).

During that period, he’d raped and impregnated her five times and had made her abort three times, almost killing her. While raping her, he also forced her into prostitution and even gave the child she birthed to one of those many men so he could collect monthly child support.

Previous times she’d tried to escape from him, he’d caught her and beaten her and also threatened to use charms to hurt her.