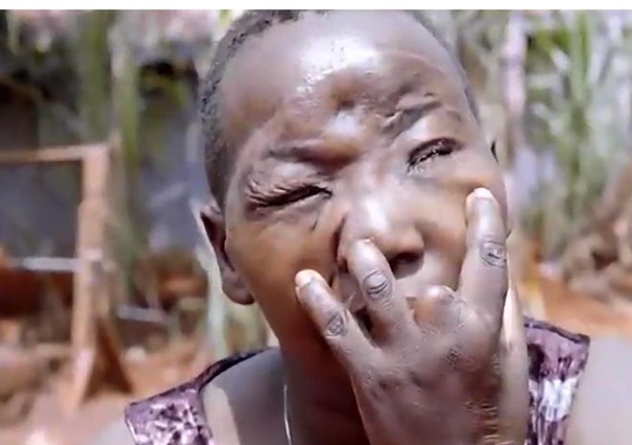 Maureen Atieno is currently suffering from the pain of a lost eye and lost fingers which was inflicted on her by her jealous husband.

She married her husband and he took up their responsibility, he took care of her and the family but on the condition that he never wanted to see her talk or be in the company of another man.

He isolated her and sometimes swore that he would kill her rather than let another man take her from him.

losing her so she didn’t think much of it.

Later on, she got a job as a housekeeper in Nairobi which made her leave her home to stay there. She would visit them once in a while and then she realized that her husband had gotten another woman. Upset and heartbroken, she left her home and went back to work.

Her husband called her and threatened to kill her three children if she didn’t come back immediately. She went back and was forced to live with the other woman.

After a while of living together, she was attacked by her husband with a machete and she lost an eye and a few fingers. She was rushed to the hospital and thankfully she survived.

Man Who Was Paralyzed At Childhood Due To Incompetent Medical Personnel, Bags A Degree