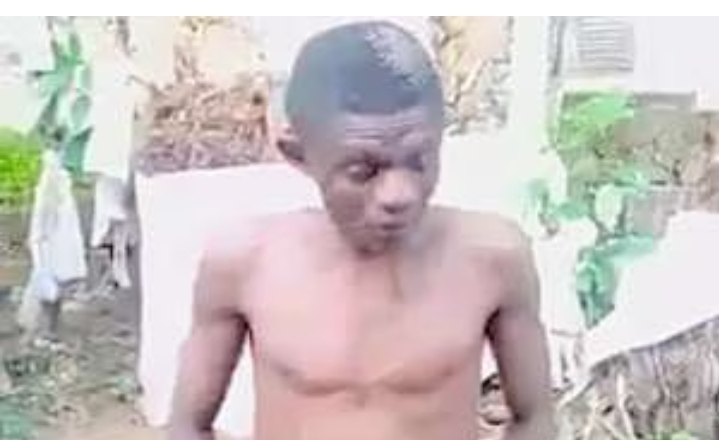 A man, aged 29, has confessed to killing his elder brother with rat poison over a piece of land in Aykala Ezinifite, Nnewi South LGA of Anambra state.

It was earlier reported that during the tussle between the brothers on the land, the elder brother, identified as Chukwudi Ugwuka, had passed away after an illness on the 27th of April, 2022.

Puzzled by his death, the other family members had confronted the younger brother, identified as Kosarachukwu Ugwuka, to know if he had a hand in his death.

Kosarachukwu was dragged before the youths in the community and a herbalist was Invited. After a few minutes of incarcerations, Kosarachukwu confessed how he put poison in his elder brother’s food.

It was further revealed that he had done so because his brother had sold the land and used to money to provide food for the family.

Man Sentenced To Death By Hanging For Killing Wife Over Properties