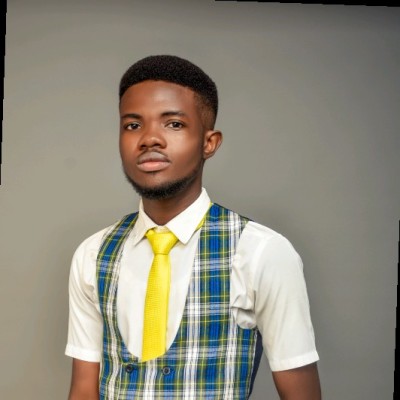 A man recently took to his LinkedIn profile to share the story of how a simple act of courtesy on his part got him a job with no interview.

In 2019, while Praise Ohanwe was in desperate search of a job, he finally got call from one of the many companies he had applied to, to come for an interview.

Praise arrived late for the interview and was in a haste to enter the firm and that was when he noticed another man trying to get through the same entrance.

To Praise, the man looked quite ordinary in his baggy trousers, brown shirt, and black sandals, so he greeted him and tried to walk past. But the man stopped him and asked if he could help him with his bag since they were both walking in the same direction.

Praise’s first thought was to brush the man off since he was already running late but then he thought again and helped him with the bag.They entered the firm and then parted ways when the man went through another door.

So Praise hurried to his interview and when he got there he met more than 25 people. He started to feel uneasy and unsure about the interview. A while later he was called in and lo and behold the man he’d helped with his bag was sitting in the room with a woman. The woman introduced herself as the manager and the man as the chairman.

Praise was taken aback because he was not expecting someone he’d thought was ordinary to be the chairman and the owner of the firm. After a little while of studying him, the chairman gave him the job and proceeded to use the time for his interview to give him advice.

His little act of courtesy that he himself saw as nothing got him the job he so desperately needed. What if he had chosen to ignore the man?

Praise ended his story by advising people to be courteous and to watch how they relate with others. It might just be your ticket to greater opportunities.