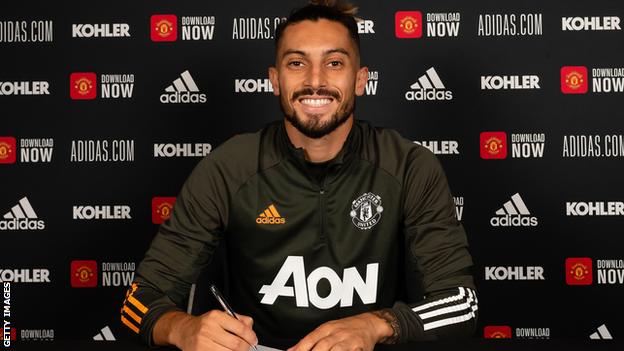 The 27 year old defender signed a four-year deal with United, with an option to extend for another year afterwards.

While at Porto, Telles scored a total of 26 goals and made over 50 assits for his teammates.

Speaking at an interview after the deal was concluded, Telles said: “You have to work hard to get to this moment in your career and now I am coming to this club, I can promise that I will give everything in my heart to be a success here,”

Alex Telles is Ole Gunnar’s second signing this summer transfer window following Van de Beek’s arrival in September, and Ole Gunnar says his new acquisition “is a fighter and a winner and will add real determination and competition to the squad. Alex has the qualities, both as a player and as a person, that we want here at Manchester United.”

Mumu, You Just Want Us To Hail You – Twitter User Blasts Singer Yemi Alade Over Comment On SARZ