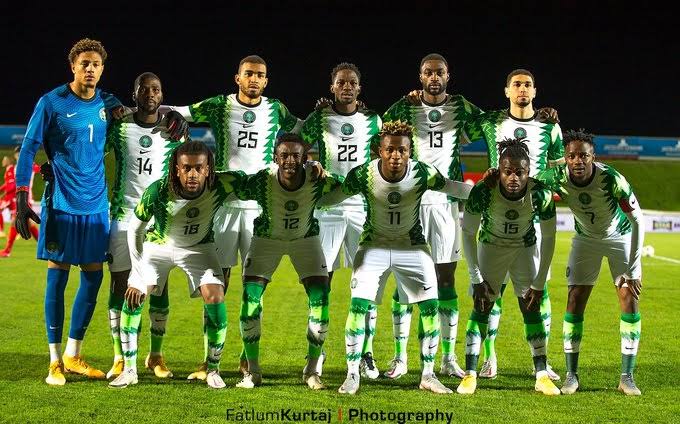 Victor Osimhen and Ahmed Musa are the Super Eagle stars of the moment, as both players scored from the penalty spot to secure Nigeria’s defeat over Liberia 2-0 in the 2022 Fifa World Cup qualifier.

The Super Eagles started the match in fine form, and after a rough tackle on iheanacho in the 15th minute, they scored their first goal from a penalty kick taken by Victor Osimhen.

With the lead in the bag, the game continued to be dominated by the Eagles, who scored again in the 29th minute, but the goal was adjudged to be offside.

In the second half, Liberia doubled their efforts and proved to be a tough opposition for the Eagles, until Ahmed Musa-a late substitute for Iheanacho- doubled Nigeria’s lead with another penalty in the 94th minute and sealed the victory for the Eagles.

Nigeria now leads their World Cup Qualifiers Group ‘C’, with a total of 12 points in 5 matches and would be hoping to secure another win over their next opponents Cape Verde when they meet in Lagos on Tuesday and progress to the play-offs..

“Look In The Mirror” Says Bruno Fernandes To Teammates After…

Nigerian Woman Reveals All She Has Achieved Since She…

Moved By His Kindness Lady Raises N38M For Fuel…