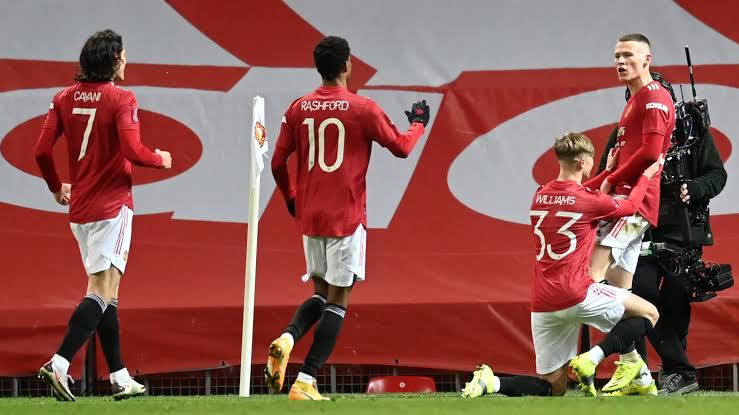 Manchester United’s boss Ole Gunnar Solskjaer, says he was pleased with the mentality of his team during their victory over West Ham in the FA Cup fifth round.

United secured their spot in the quarter final of the competition, after Scott McTominay scored a goal at extra time.

In a post-match interview, Solskjær said “We needed to have a good result and a good feeling today because we were low after the Everton game, that was hard to take but they were really focused and did the job.”

Also speaking on their victory, United’s skipper Harry Maguire said he felt his teammates showed their strength of character to secure a victory against West Ham, after their draw with Everton.

In his own words “Last Saturday was tough – especially in the second half. We showed great spirit and a good mentality to come back and perform. We know it’s a long season and tonight was perfect. It’s important to get through.”

Manchester United have now reached the quarter finals of the FA cup 7 times in a row, and would be aiming to lift the trophy again for the first time since 2016.