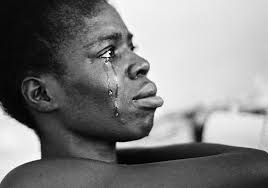 Akwa Ibom Prophet, Godson Thompson, has been remanded in the Uyo Custodial Centre for allegedly raping a 13-year-old girl.

The victim revealed that she’d been taken to the prophet’s church for prayers by her sister’s in-law while she was staying with her sister in Uyo.

The in-law took her to the church then left them around 6pm and told her he would be back to her in one hour to pick her up.

The prophet then told her that he had two other people to pray for and so she should follow him there. He called a tricyclist and together they went to the location.

He prayer for the two other people and then took her to his house where he raped her after drinking a black liquid substance. To prevent her from going out he’d given her a bucket to urinate.

While at his house, she saw ladies’ pants in different colours and pictures of women. The girl was able to escape after the accused forgot to lock the door, she took the chance and ran back to the church where she found help.

After the unfortunate incident, the girl stated that she has been bleeding and has had to use sanitary pads for about two weeks now.

Justice Bassey Nkanang who presided over the case in a High Court in Uyo, ordered the remand of the prophet after hearing the the evidence of the victim.

He then adjourned the matter till August 1, 2022, for continuation of trial.

Women-Owned Tech Companies That Are Killing It (2022)