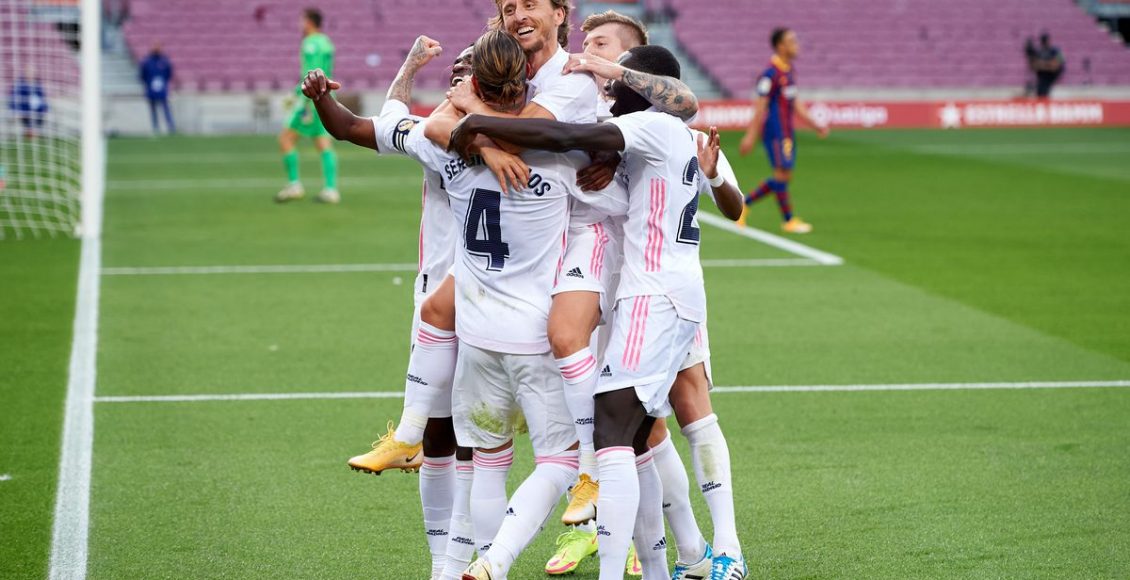 Real Madrid have shown they are the better side, as they defeated their biggest rival Barcelona 3-1 in a wonderful El Clasico clash tonight.

Real Madrid drew first blood very early in the game as Federico Valverde hit the net after getting a beautiful assist from Benzema, however, the lead did not last as Barça wonderkid Ansu Fati leveled the game 3 minutes after.

However, Madrid were given a golden chance after they were awarded a penalty- following Lenglet’s foul on Sergio Ramos-  which Sergio Ramos converted to a goal in the 63rd minute, putting madrid ahead in the game.

A late minute goal from Modric, sealed the win for Madrid as the total goal tally became 3-1 much to the disappointment of Ronald Koeman’s side.

Real Madrid now sits at the head of La Liga’s table, with a total of 13 points from 6 games, which means they are 6 points ahead of their rivals Barcelona.