Ronaldo set record in his 1000th game of his outrageous career.

Cristiano Ronaldo create another Serie a record in a game that makes it 1000 matches played for the Portuguese skipper. 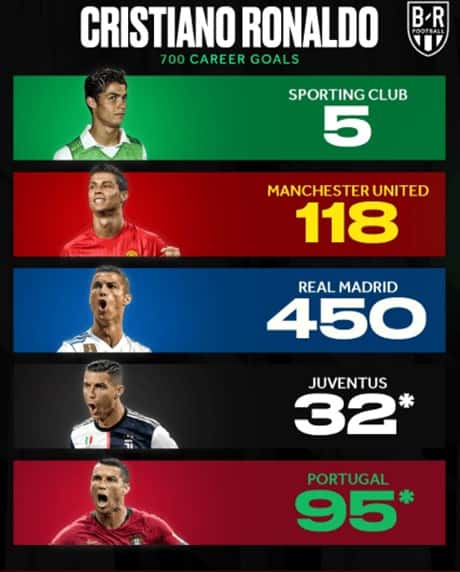 The former Real Madrid and Manchester United Legend, Cristiano Ronaldo yet again create a record of scoring consecutively in eleven (11) Serie a games, the Bianconeri enjoyed the recent form of their 35 year old striker, who has never failed to score in a Serie a match since December, 2019.


Cristiano Ronaldo scored a total of 14 goals in just eleven (11) matches, remember he did scored just 6 in his opening 10, Ronaldo pick one of his finest form shortly after he was defeated for the 2019 Ballon dOr, he went on scoring in every match since been defeated by top rival, Lionel Messi, scoring 17 goals in the process.


Ronaldo has also scored in every domestic game he did get a feature in 2020, a form which keeps him as the best so far in 2020.