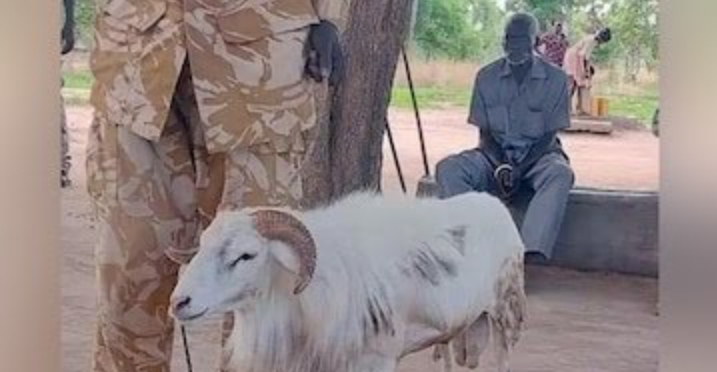 In South Sudan, a sheep has been sentenced to three years in prison after it was found guilty of murder.

Earlier this month, the sheep had attacked a 45-year-old woman known as Adhieu Chaping by headbutting her in her ribs repeatedly.

This resulted in broken ribs and other injuries which took her life. The sheep was taken into police custody at a Police Station in Maleng Agok Payam.

Speaking to Sudan’s Eye Radio, Major Elijah Mabor said that the sheep is guilty not the owner of the sheep, so it should be arrested.

According to local media reports, the sheep will be spending the next three years in a military camp in Aduel County headquarters in Sudan’s Lakes State.