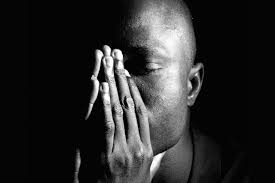 A lesson teacher identified as Joseph Ibanga, has been sentenced to life imprisonment for raping and Impregnating his 14-year-old Student.

The incident occurred between January and March 2019 at No.12, Iresi Street, Orile-Agege, Lagos while the victim was staying with her aunt.

Joseph had been her lesson teacher for and during that period he’d been having sexual intercourse with her until she became pregnant and had the baby.

The case was presided over by Justice Abiola Soladoye of the Ikeja Domestic Violence and Sexual Offences Court who sentenced the defendant, Joseph Ibanga, to life imprisonment for defilement and impregnating a 14-year-old girl.

The offence of defiling the child is said to be punishable under Section 137 of the Criminal Law of Lagos State, 2015, which stipulates life imprisonment for offenders.

During the case, the prosecution presented three witnesses at the trial, but the defendant had no witnesses and was proved wrong by the medical report.

Justice Soladoye noted that the charge of defilement had been proved against the convict.

The judge ordered that the convict should have his name entered into the register of sexual offenders of Lagos State and sentenced him to life imprisonment.

Nigerian Woman Returns $36,000 She Found In A Chair She Got For Free