The “Humble One” Jose Mourinho, Gives Hint Of Fresh Mistakes At Tottenham

The Now ‘Humble One’ Jose Mourinho still want us to expect mistakes from him at Spurs. 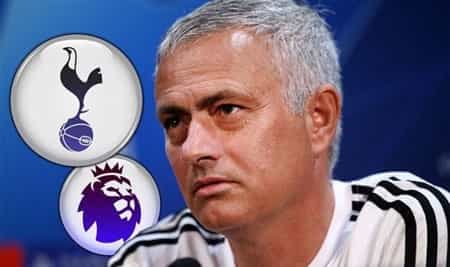 The Former “Special One,” Jose Mourinho has turned himself into the ‘Humble One’ after Spurs job, but surprisingly stated there are more mistakes coming on the way at London because it’s his DNA.


The former Chelsea and Manchester united Boss have been handed Spurs job, following the sack of Mauricio Pochetino, the Portuguese manager was called back to his managerial career by Tottenham Hotspur, after been sacked by both Chelsea and Manchester United, the Special One lost his uniqueness and was left without a club for nearly a year, before Tottenham handed him a chance to right his wrongs.


He told reporters at his first press conference when asked if he is new and improved: “I think so. These last 11 months have been used to think and to prepare.

“You never lose your DNA. You are what you are – for the good things and the bad things. I know in my career that I’ve made mistakes. I’m not going to make the same mistakes. I’ll make new mistakes.”

Mourinho added: “I am humble. I am humble enough to analyse my career, and the problems. There was no one else to blame … I went really deep in that analysis.


“I’m nobody to advise people but to have a break was very positive for me. Having the first summer where I didn’t work was not good for me. I was a bit lost. But it was good for me. I even learned how to be a pundit!”

Mourinho is happy to be picking up a baton dropped 12 games into the current campaign, saying on the timing of his return to management: “I had a feeling I was going to get a club mid-season.

“I knew I would be in a situation where I would get only one or two days before my first game. I cannot come here and think it is about myself. It is about the players and going from a base of stability.

“Happiness-wise I am convinced my choice was a great one. The club is huge. I know that I have potentially a great job in my hands.”

Mourinho’s first match at Spurs is set to be a derby encounter, with Spurs due to take in a visit to London rivals West Ham on Saturday.