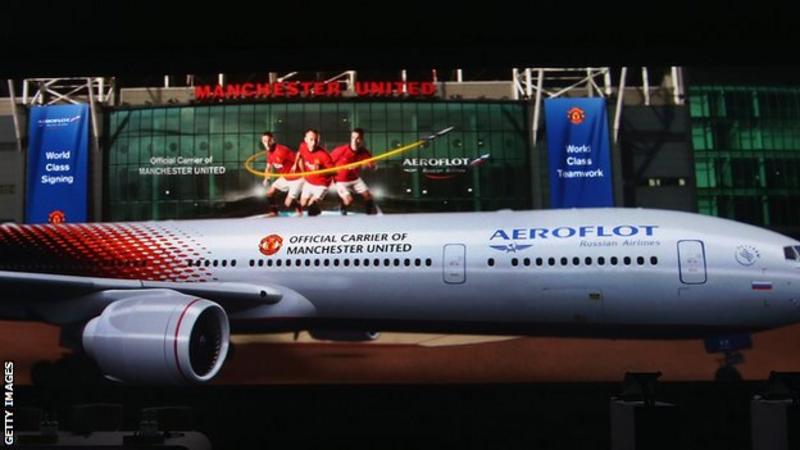 Manchester United have joined the list of international bodies showing support for Ukraine amidst the recent crisis in the European country, as the English club terminated their sponsorship deal with Russia’s national airline Aeroflot.

This action, comes after UK Prime Minister Boris Johnson, on Thursday, banned Aeroflot from operating in the United Kingdom after Russia’s invasion of Ukraine.

Aeroflot has been United’s official carrier since 2013 and they currently had a contract with United until 2023.

However, following the Ukraine crisis, United has chosen to part ways with its long time sponsor.

Speaking in its official statement, the club said: “In light of events in Ukraine, we have withdrawn Aeroflot’s sponsorship rights.

“We share the concerns of our fans around the world and extend our sympathies to those affected.”

However, some claim United made the move because it is listed on the New York Stock Exchange, and their agreement with Aeroflot could get caught up in US President Joe Biden’s increasing sanctions against Russia.