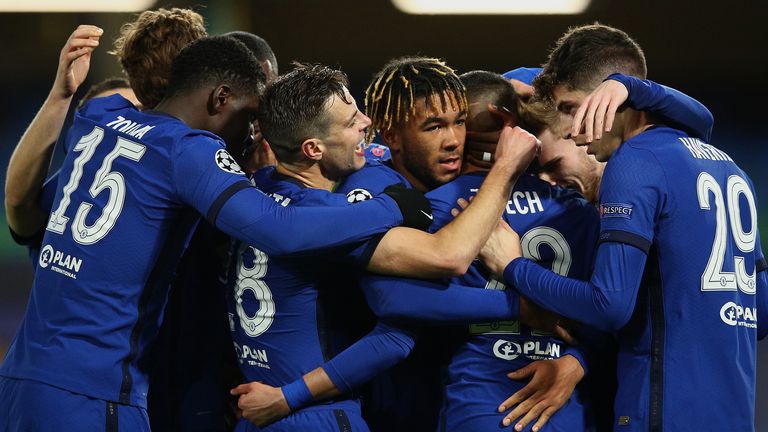 Chelsea has secured yet another victory under Thomas Tuchel, as they defeated Spanish football club Atletico Madrid 3-0 on aggregate, to reach the quarter-finals of the Champions League for the first time in seven years.

After gaining a slight lead over Atletico in the first-leg of the fixture, Emerson Palmieri’s late goal- which came after Hakim Ziyech had earlier put the hosts firmly in control-certified Chelsea’s victory.

The blues had an unsure beginning in the game, and were lucky to have successfully appealed against a penalty, after Atletico’s Yannick Carrasco was pulled from behind by captain Cesar Azpilicueta.

The foul was waved away by Italian match official Daniele Orsato without examination by VAR.

With their victory over Atletico Madrid, The victorious Blues would now go on to join their Premier League rivals Liverpool and Manchester City in the Quarter and Semi-finals draw on Friday.