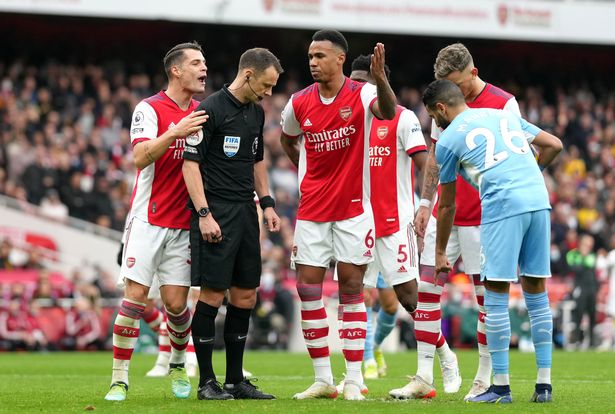 Stuivenberg made this call after the gunners lost 2-1 to Manchester City on Saturday.

The Gunners proved their improvement against Man City, as they claimed first blood and maintained their lead for a while in the game.

Unfortunately for them, City continued in their winning ways, after Rodri scored the match winner at injury time.

The Gunners were however left incensed, after City was awarded a controversial penalty by VAR, which helped them level the game, but the match official turned a blind eye when Odegaard went down in City’s box following a tackle from Ederson.

According to Stuivenberg, “It is a penalty but I am looking for consistency.

“We have VAR in place so why not check yourself as a referee? That did not happen so it is disappointing.”

City’s boss Pep Guardiola alsi said “Bernardo Silva’s a penalty. With Martin Odegaard, I took a shower and came here so did not see it [on the replay].”

While the Gunners might have lost, it is clear that Arteta’s process is working, as even Guardiola admitted that the gunners were the “better side” in the match.