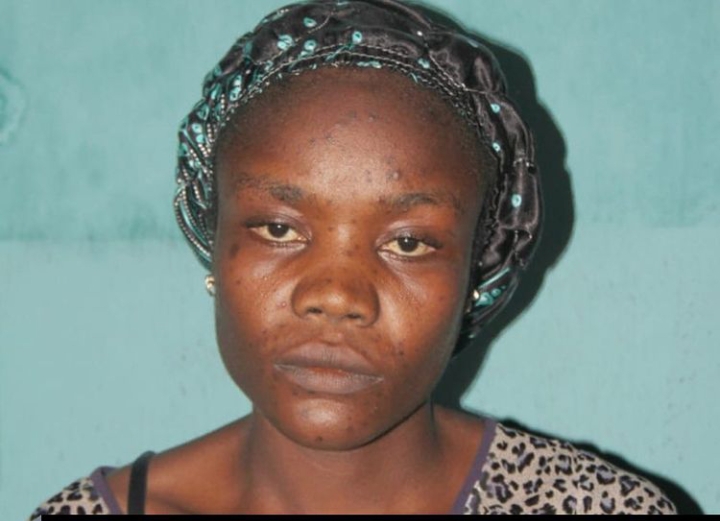 A 30-year-old woman identified as, Sukyama Irmiya, has confessed the reason she disguised as a hospital staff member and stole a 14-day-old baby.

The incident which took in Bauchi state, at a ward in the Abubakar Tafawa Balewa University Teaching Hospital (ATBUTH) had occurred after Sukyama had gone to the hospital to see a doctor.

When she got to the hospital, she changed her mind and decided not to see a doctor because she felt hopeless.

Sukyama, a childless woman had been chased from her husband’s house, was desperate to have a child.

She’d tried to adopt a child from an orphanage but they did not have a new born baby so she decided to search for an alternative.

The day she went to the hospital, she’d gone into a ward disguising as a hospital staff. She met the mother of the baby and engaged her in a conversation.

She found out that the woman had given birth to a pair of twins and asked her to let her hold one of the babies. She picked the baby and told the mother she would be back and left the hospital with the child.

Six days later, she was arrested by the Bauchi state police command.