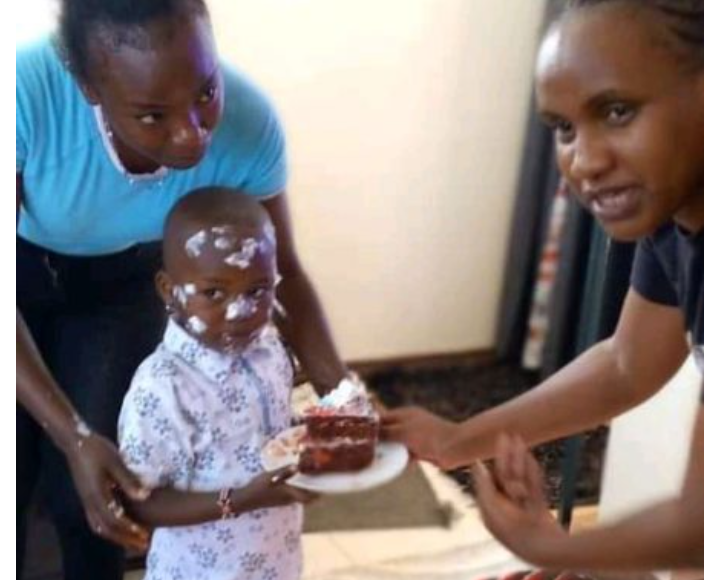 A kindhearted woman named Wanja Mwaura has proved that she does not discriminate against people of lower status.

She recently shared images of the birthday party that she organized for her maid’s son, Glenn. According to the post, she did so because she doesn’t see him as the son of her maid but as the son of a woman like herself.

In her words “Today my house managers son Glenn was turning 4yrs. The same way I treat my children for a birthday, I had to treat him too. He’s not an exception before my eyes, he’s not a son of a maid, but a son of a woman like me”.

She’s also hoping she has set a good example for her maid, so when she’s able to stand on her own she’ll be able to the same.

Wanja hopes that people understand that they are where they are by God’s grace and they should use their position to help those around them. She wrote “It is just by God’s grace you are who you are now. God has put her in your life to help her rise to the next level. Are you faithful with the life that God has placed in your hands in form of a house help? It doesn’t matter how they will treat you in the end or when they want to leave. Just do your part FAITHFULLY”

check out photos from the birthday party below.