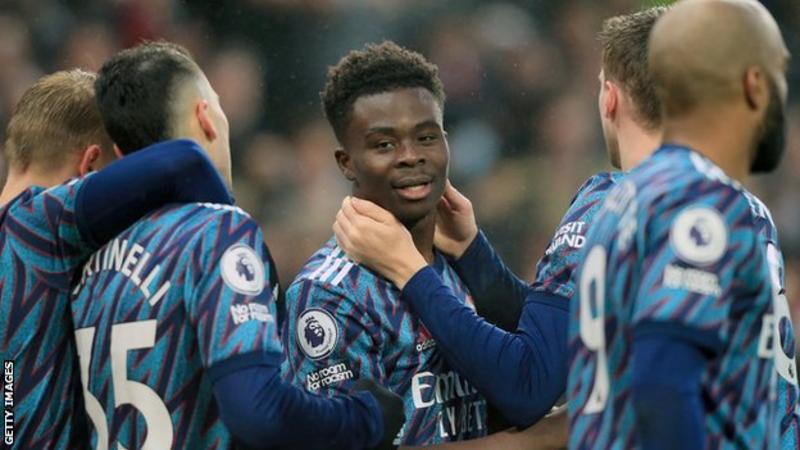 Norwich boss Dean Smith says he “didn’t see that coming” as his team suffers a 5-0 loss to Arsenal.

Arsenal had 3 wins consecutive premier league victories before the match, and with their flawless win, they now have their fourth.

Saka started the goal count 7 minutes after kick-off, when he sent a low strike past Norwich’s Angus Gunn.

Tierney then added a second goal just before half-time to double their lead.

The gunners kept their victorious pace in the second half and Saka scored his brace before Lacazette made it 4-0 from the penalty spot.