Things Cristiano Ronaldo got criticized unfairly for in His Career. 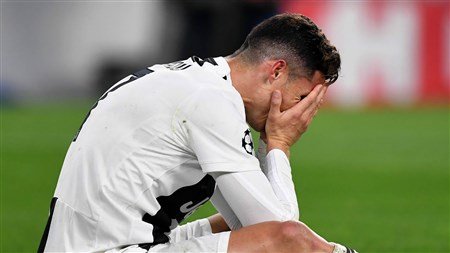 Former Los Blancos star, Cristiano Ronaldo, has been criticized and mocked so many times by pundits, players, managers, and of course soccer fans.

The greatest role has never been an easy task for anyone but been one of the best soccer players is the toughest challenge anyone could face.


Football (Soccer) is undoubtedly the most popular sport in the world, with over 3.5 billion fans worldwide according sportsshow.


This number keeps increasing every day, as lads continue to join soccer teams each and every day.


Football itself is a passion for many people out there, combining that with the beautiful game, you can never see many things that are better than a soccer game.


But despite the beauty of football, there are also rivalries between both football players and their respective fans.


And yes, there were rivalries in the 60s, 70s, 80s, 90s, but the truth is there was none that can be compared to the current football rivalries, one of the toughest of our generation is between Cristiano Ronaldo and Lionel Messi.


The two legends have conquered world football for more than a decade and as of now, these two nightmare makers did not show any signs of slowing down.


Lionel Messi recently won his sixth Balon d’Or and his fella Cristiano Ronaldo has also claimed this award for not less than five times, making it 11 best footballers award for just two superhumans.


Cristiano Ronaldo has already netted 28 goals this season, also broke a 60-year-old record at the old lady, the Portuguese is now the first player to score more than 25 goals for Juventus since Omar Siviro did it in 1961.


The 25th goal in the Serie a this season also means Cristiano Ronaldo is the only player to have ever scored 25 or more goals in three different leagues in the European top five leagues.

The Bianconeri’s talisman is now 35, he has never played in China or America and has over 725 career goals, including an amazing UEFA Champions league record holder of 128 goals, which throw even some high profile teams like Athletico Madrid in the shades.


Yet, Cristiano Ronaldo has endured a lot of critics, The former Real Madrid star like his counterpart Lionel Messi has received a lot of criticism in their respective careers, both from fans, other professionals, and pundits.


But Cristiano Ronaldo has been the most target of this, maybe he has a lot of muscles to flex around or it might be because he is always proud of himself.


The Portuguese skipper is always strong and has become used to the criticism, he has his ways of silencing his haters and critics.


Take a look at the most unfair times Ronaldo has been criticized.

You May Also Like: Miracle Maker: Cristiano Ronaldo 7 Wonder Matches [VIDEO]
If you enjoyed watching you can share to another CR7 fan❤️

Cossy Orijakor: I had a second surgery because I had flat buttocks.