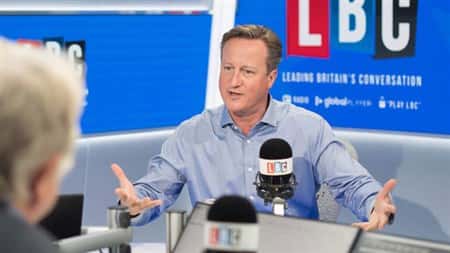 David Cameron who was the British Prime Minister during Jonathan’s presidential term has revealed that the former Nigerian President shockingly turned down a proposal by the British government to help rescue Chibok girls.

The Ex-Prime minister stated that the then Nigerian government which was ruled by Jonathan refuses to give support to Britain to rescue some of the 274 school girls that were abducted by Boko Haram from Chibok, in Borno State 2014.


He further narrated how British troops traced the location of some of the victims and offered to help but Goodluck Jonathan turned them down and refused.


The Ex-Prime minister said: “Iraq wasn’t the only place we would need our military to counter this extremist menace. Boko Haram in Nigeria was linked to al-Qaeda, and believed Western education and lifestyles were a sin (the meaning behind its name). It too wanted to institute a caliphate, and like ISIS it would use whatever barbaric means it thought necessary.

“In early 2014, a group of its fighters centered the government secondary school in the village of Chibok, seizing 276 teenage girls. They were taken to camps deep in the forest. The Christians among them were forced to convert to Islam. Many were sold as slaves, entering the same endless violent nightmare the Yazidi women suffered.

“As ‘Bring Back Our Girls’ campaign spread across the world, we embedded a team of military and intelligence experts in Nigeria, and sent spy planes and Tornadoes with thermal imaging to search for the missing girls. And, amazingly, from the skies above a forest three times the size of Wales, we managed to locate some of them.

The former Prime Minister stated that he expected Jonathan to handle the Chibok issue better.

“But Nigeria’s president, Goodluck Jonathan, seemed to be asleep at the wheel. When he eventually made a statement, it was to accuse the campaigners of politicising the tragedy. And absolutely crucially, when we offered to help rescue the girls we had located, he refused.”