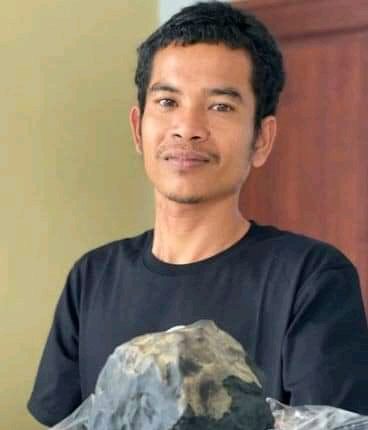 The 33 year old coffin Maker says he was at home one day when the meteorite fell through his roof near his living room. The sound was what made him go check out what had happened and he found the rock weighing 2.2kg in his house.

The father of three then picked up the rock while making a video which he shared on his Facebook page. After that he went ahead to sell the rock to a specialist collector for a whooping £1.4 million (N766 million).

The latest millionaire said he is going to use part of the money to buid a church for his community.