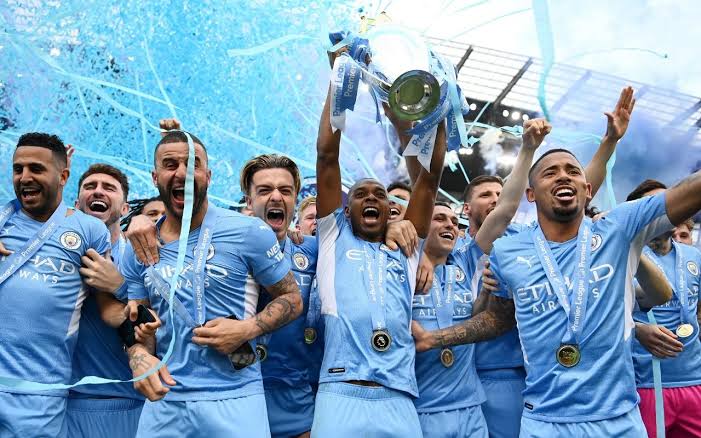 “We are legends, we will be remembered,” says Pep Guardiola after Manchester City made an impressive comeback to defeat Aston Villa 3-2.

“We are legends. We will be remembered. This group of players are absolutely eternal in this club,” said Guardiola.

“What we achieved, it is so difficult to do it. Sir Alex Ferguson with Manchester United has done it years ago – two or three times – now I realise again the magnitude of doing this. Now we are part of this.”

Manchester City were two goals down with 15 minutes left on the clock, before they made an impressive turnaround to defeat Aston Villa 3-2. This means the Manchester club has won their fourth Premier League title in five seasons.

Courtesy of Ilkay Gundogan’s brace and Rodri’s goal, City are now the 2021/2022 premier league champions. They win the league with a point between them and Liverpool.

All the reaction to Manchester City’s Premier League title win

“The last game is always special – a lot of emotion,” Guardiola said. “Aston Villa gave everything but the first goal changed everything. We had to handle it.

“When you win the Premier League in this country four times in five seasons, it is because these guys are so, so special.

“Winning at home in front of our people is the best. The moment we equalised, we had the feeling we had the chance to score the third.

“It was the best atmosphere I have ever lived since I am here. Hopefully tomorrow we can celebrate together in Manchester’s streets with our cigars and beers. I will bring my cigars, don’t worry.”