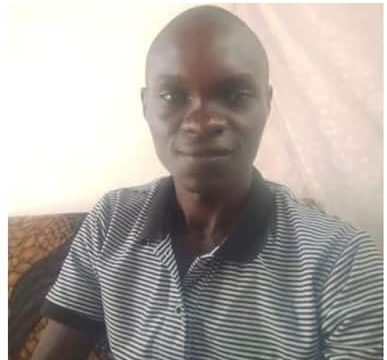 A man identified as Oscar Constant Puma has taken to social media to cry out for help after his wife caused him to lose a stable bank job and later on his home.

All was fine in his home until one day when he went to work only to be greeted with a letter of termination. At that point all he could do was wonder what had happened over the weekend that caused his sudden termination.

It was then he realized what his wife had done. Over the weekend his manager had sent him a message asking if he could work on Saturday. He never went to work during the weekend so his wife became suspicious of the message.

While he was in the bathroom, his wife had read the message, picked up his phone and called the number. The moment she heard a woman’s voice, she began to rain insults on the manager and that’s how he lost his job.

He chose to forgive her and move on with his life. They moved to a new place and he tried getting a new job, but his asthmatic health caused people to let him go after they realized his condition.

Still he managed to keep his head afloat until one day when he came back from work and realized that his wife had left him, along with all his savings. The incident drove him to a rehabilitation center where he was treated for six months.

Ever since he was discharged, it’s been incredibly tough for him, he is desperately searching for a job. He has been sleeping on the cards he’s using to advertise himself as a finance expert.

“Every day, I literally sleep on my qualification. Connect me to your HR and networks. My strengths are accounting, finance and portfolio management. I hope one day life will take a different twist that will wipe my tears ever,” he appealed