Tuchel Says His Team Needs To Be More Clinical After Leeds Draw. 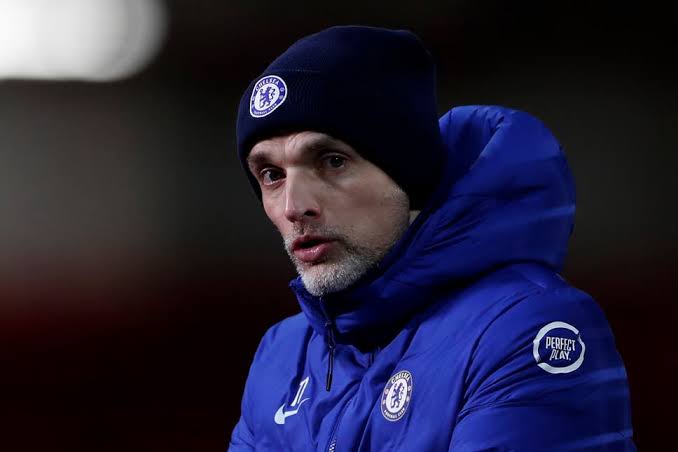 Unbeaten Chelsea boss Thomas Tuchel, says Chelsea needs to adopt a “more clinical” nature, after they were forced to a disappointing goal-less draw by Leeds.

The blues who are still enjoying their unbeaten run under their new boss, were wasteful with their chances against Leeds, and they squandered lots of opportunities to keep all 3 points against their long time rivals.

While Leeds were on their backfoot for most of the match, they almost took control of the match when Luke Ayling’s attempt to clear his defense struck his team-mate Diego Llorente, and then went over keeper Illan Meslier to hit the bar before Edouard Mendy pushed Tyler Roberts’ chip to the same part of his goal.

According to Thomas Tuchel in the post-match Interview, Chelsea “have enough quality to use the chances better and to be more clinical, it is our responsibility, my responsibility to create more and to maybe have more big chances.”

Due to their failure to secure a victory tonight, Chelsea has now missed out on a rare chance to move up above Leicester, who is currently number three on the league table.